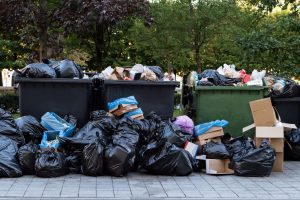 Today, the question of how best to dispose of our vast quantities of waste is more important than ever. With the world now producing over 2 billion tonnes of municipal waste per year, and at least 30% of that not managed using environmentally safe methods, waste management is quickly becoming one of the defining problems of our age.

But not all trash is the same. There are several different methods of disposal depending on where the garbage comes from and how it was produced. The major difference here is between commercial and domestic waste—so let’s get straight into it, shall we?

What Does Commercial Waste Mean?

Commercial trash is any waste produced by a business on its premises. However, just to complicate things slightly, the term commercial only covers wholesalers; companies that offer catering services, such as restaurants and bars; and offices, hotels, cinemas, and shops.

Industrial and agricultural waste are two completely different beasts, though you could technically lump all of them together under the term commercial, in that they don’t come from a domestic setting.

What’s the Difference Between Commercial and Domestic Waste?

Domestic trash is any solid waste produced in a residential setting. It might include food, food packaging, glass, cans, paper, yard cuttings, and just about everything else that comes out of an everyday home.

If you were to go through the trash cans and inspect commercial and domestic trash, you’d probably find plenty of similarities. Businesses, such as restaurants, bars, and even schools, use many of the same products we do at home, except usually in much greater quantities.

So, while the physical trash might be very similar, the major difference between the two, and what causes the most problems, is the sheer amount of commercial waste produced compared to domestic.

Getting even a rough estimate of the amount of commercial waste produced in the U.S each year is notoriously difficult. Still, considering the nation produces 292 million tons of waste every year, it’s likely to be a mammoth figure and one that makes disposal a significant issue.

And speaking of disposal, this leads us to the other major difference between commercial and domestic trash. Disposing of your domestic garbage is relatively straightforward. You pay monthly or bi-monthly for trash pick-ups that usually come past every home at least once a week. As long as you put out your trash cans in the correct spot, the garbage will almost certainly not be there when you return.

Commercial waste is often very different as it is usually not included in domestic trash pick-ups but is legally required to be stored and disposed of safely.

What Is Commercial Waste Disposal?

As we mentioned, commercial waste includes everything that businesses produce, whether empty soda cans consumed by employees, the retail packaging that new products arrive in, outdated office furniture or IT equipment, or food waste.

Different companies produce different kinds of waste depending on their industry, but at the end of the day, all of it needs proper disposal.

You can’t legally put in commercial trash with domestic waste. Even if you could, there would be far too much of it. Instead, waste produced commercially requires disposal with the help of a waste management company, which will provide a company with the appropriate receptacles to collect their waste and regularly collect it. From there, the waste management company transports the trash to recycling center or processing facility, and the process begins again.

Disposing of commercial rubbish safely and efficiently is imperative. Failure to do so can create terrible environmental issues. Soil pollution is not something that gets a great deal of coverage in the era of rising sea levels and biblical-style forest fires. Still, estimates suggest that over 75% of the Earth’s soil has degraded, with human waste a huge factor.

Water pollution is another looming threat that we habitually brush to one side. It’s now estimated that industrialization and human activity have polluted 40% of the lakes in America. These are now too toxic for swimming, fishing, and aquatic life. Meanwhile, a mind-boggling 5.25 trillion macro and micro pieces of plastic are currently in our oceans.

Commercial trash disposal is certainly not always straightforward and does require extra time and financial expenditure. Still, for the sake of our creaking planet and its various environmental issues, it’s an absolute must.

Need to Dispose of Commercial Waste? We Can Help!

These days, most companies comply with health and safety regulations and dispose of their commercial waste correctly. However, we often see issues arising when disposal needs outstrip the regularly scheduled pickups. Perhaps a company has had a busy few days and produced a lot of extra trash. In this case, it’s always a good idea to have a reliable junk removal service on hand that can swing by, collect, and dispose of all your commercial trash.

And that’s where Nixxit Junk Removal comes in—we haul away all those pieces of office furniture, commercial appliances, computers, construction debris, and other junk you can’t possibly get rid of yourself. We are more than happy to ease your burden by collecting your large quantities of commercial junk, and you can rest assured that we’ll dispose of it all in the best and most ethical way possible, recycling up to 80% of what we collect. 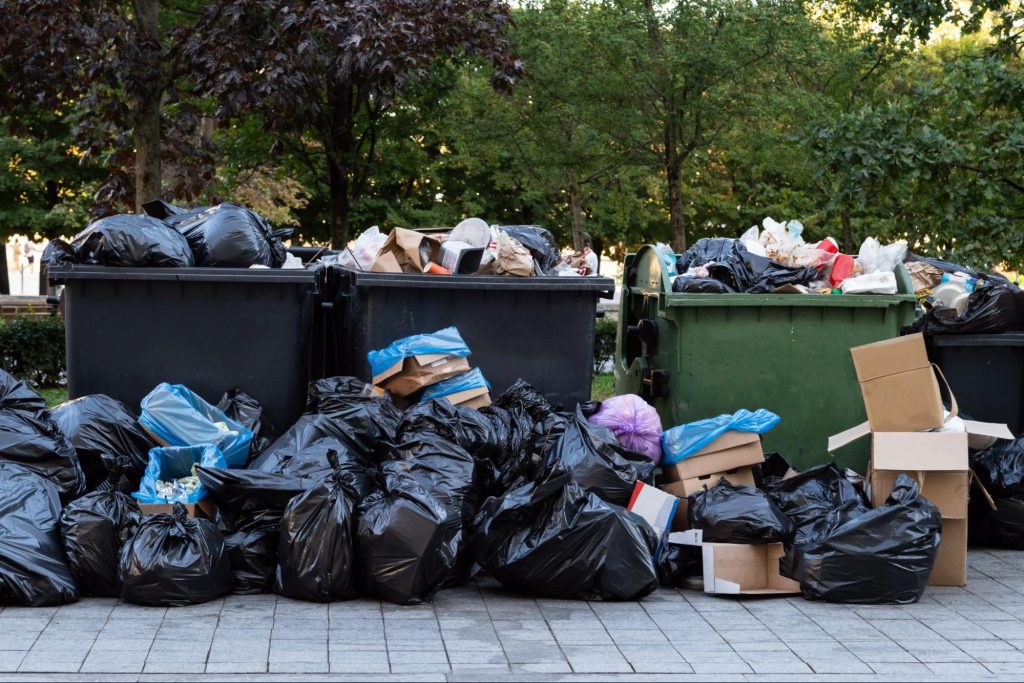 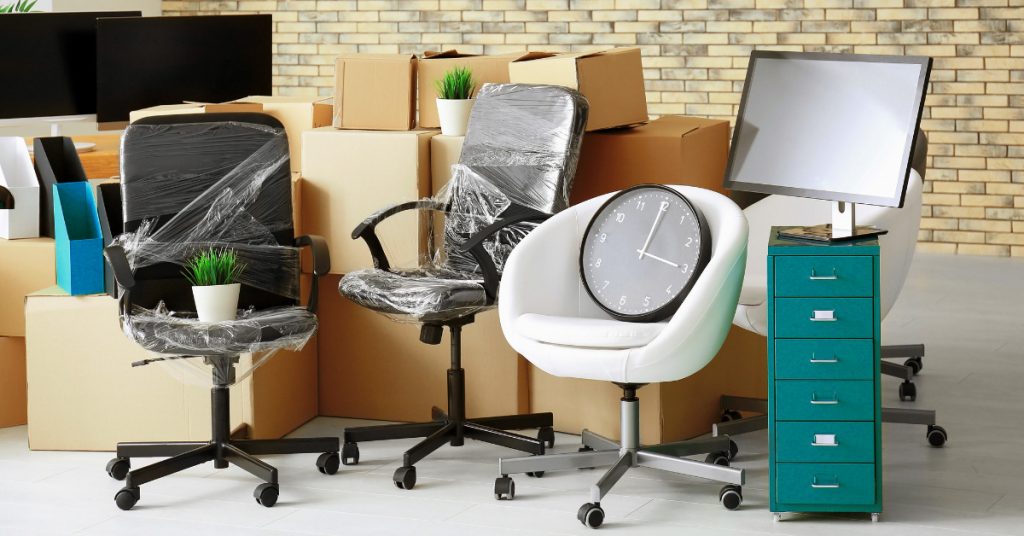 Types of Office Junk & How to Get Rid of It