Why we are here.

We exist to give our customers that moment of relief and satisfaction, that moment when they know they’re going to be able to step foot in their home, garage, or property again, junk-free. 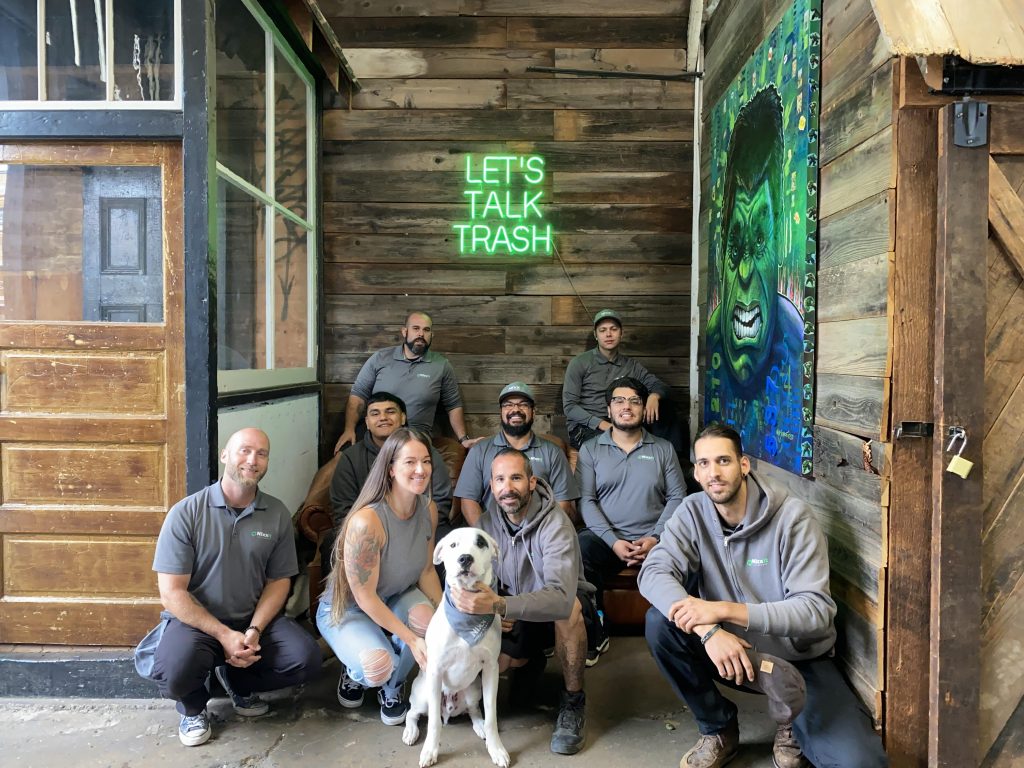 Nixxit, based out of Castro Valley, CA and Oakland, CA is a small locally owned and operated full- service junk removal company that serves the entire Bay Area. Our team is backed by more than 10+ years of professional experience working previously for the largest junk removal company in the world.

This has taught us that while small businesses and large businesses might operate in the same market, they have significant differences that can have a large effect on business operations.

Many large junk removal franchises just see the communities they serve as territories.

As a small business that’s rooted in Alameda County and Contra Costa County, Nixxit truly cares about making a difference where we grew up, live, and work.

The owner of Nixxit, Sarah, grew up in Dublin and has been rooted in the Bay Area her entire life.

The two other hard-working faces of Nixxit are Bryce and David. Bryce grew up in Castro Valley and David grew up in Fremont.

While Sarah comes from a corporate background, Bryce and David both previously worked for the largest blue franchise junk removal company in the world for many years.

One day the three came together and decided that they were all simply tired of working for large bureaucratic companies and noticed all the things we could do better – and so the story goes of how Nixxit was started.

Our team is one of only a few Certified Bay Area Green Businesses in our industry. We are committed to sustainable disposal, which means keeping as much as we can out of the landfill, donating whenever possible, and recycling up to 80% of what we haul away. Our green initiatives also extend into our everyday operations outside of the field.

We are an agile team of hardworking individuals that perform well beyond our size. Our past experience in all facets of the junk removal industry enables Nixxit to meet your challenge and deliver specialized expertise to any job size.

By stripping away overly complex workflows and embracing the latest technology, we are able to direct all of our energy into creating a personal and efficient junk removal experience. We would love to chat about junk, life, dogs, whatever with you. Give us a ring!

It's time to expect more from your hauler.

People don’t just love us for our personalities. We are also known for: 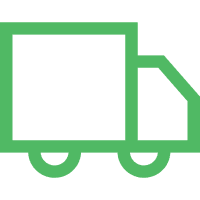 Our skilled specialists haul away your unwanted items quickly and efficiently with a level of unmatched hospitality. 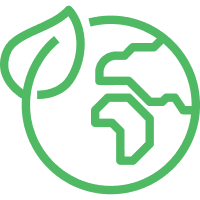 As environmental ambassadors, we strive to preserve the earth’s resources and prepare our communities for a sustainable future.

We value our community and environment.

Nixxit is proud to be a Bay Area Certified Green Business.

Here are some of the reasons customers in the Bay Area and Alameda County and Contra Costa County choose us when it comes to their junk removal needs. 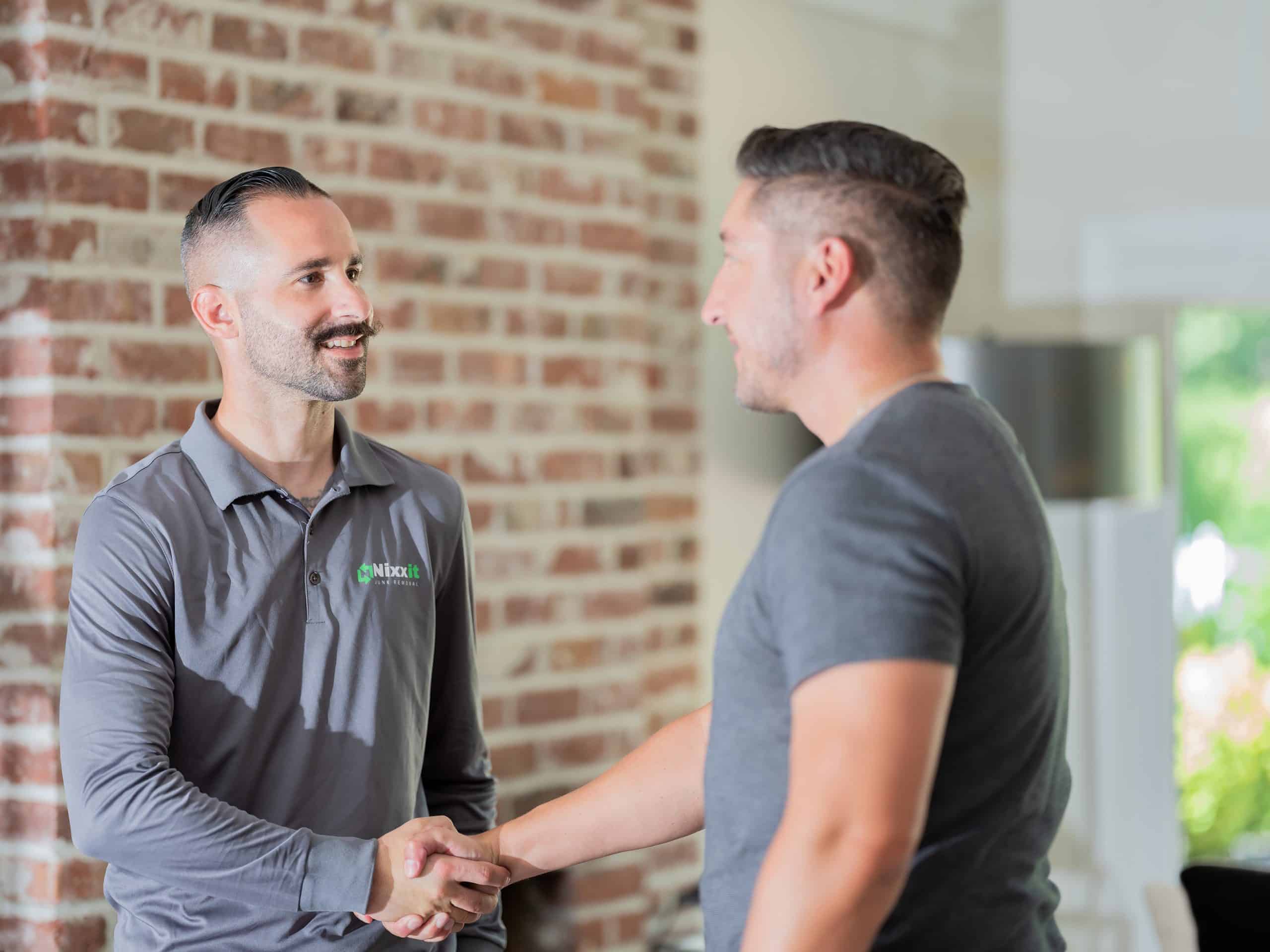 The people you work with certainly make a difference, so we’d like to introduce them to you. This way, you can get to know us a little better. One of the distinctive differences Nixxit offers is our friendly, hardworking team, and down to earth team. 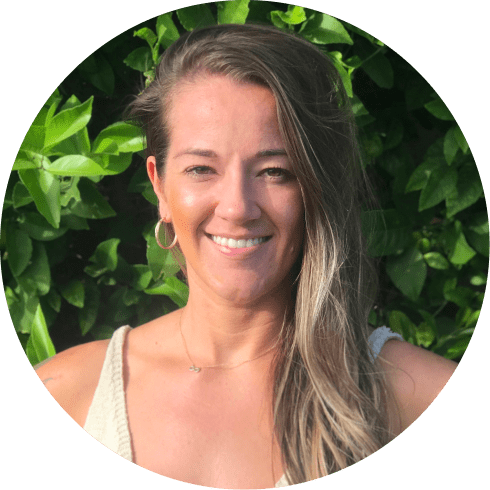 Sarah is the founder of Nixxit, primarily behind the scenes keeping things intact.

She spends most of her days managing operations, brand, and customer success but likes to get out into the field to change things up every once in a while.

Sarah is a maker and a “do’er” at heart. Prior to Nixxit she owned her own small business in College and spent several years after that in Marketing.

Her experience in a wide variety of business sectors always brings a fresh perspective to the table.

Bryce Basozki oversees the companies field operations and is in the trenches daily building customer relationships and handling the heavy lifting.

Prior to starting at Nixxit, he worked for the world’s largest junk removal company for over 7 years, where he was honored as the Truck Team Member of the year.

Bryce is well known for his shining personality and his unique ability to connect with everyone he meets. Bryce is not only your go-to mustache man, but he also knows the ins and outs of the industry and truly loves what he does.

Most people probably look at David’s peppered beard, and professional manner and assume he only means business – but he’s got an arsenal of one liners up his sleeve.

He primarily works out in the field, keeping things on track and customers smiling.

Prior to starting at Nixxit, David worked as the Senior Operations Manager for a global hauling company for over 3 years.

He has a proven track record of building and managing strong teams dedicated to client relationships and delivering immediate and sustainable value – while keeping things light and fun.

Louis (or “Popeye” as he’s known around here), was one of Nixxit’s very first truck team members. If your first question is whether or not he eats a lot of spinach, his answer is “sometimes”. He also welcomes any good Popeye joke.

You can catch him most days working hard in the field. If you’ve ever met or worked with Popeye, you’ve no doubt warmed up to his good vibes. He’s always smiling and putting in extra hours, while always on top of his game. When he is not at work, Popeye spends his free time dirt bike riding and competing.

Tyler carries nearly a decade’s worth of experience working in the trades as a skilled craftsman.

Outside of Nixxit, Tyler is a very hands-on kind of guy and enjoys working outdoors and in the field, where he is also apart of the Glazers and Glassworkers Union.

Tyler enjoys the excitement of doing something new every day when working at Nixxit.

He is constantly wanting to learn and enjoys the changing challenges the junk industry provides. 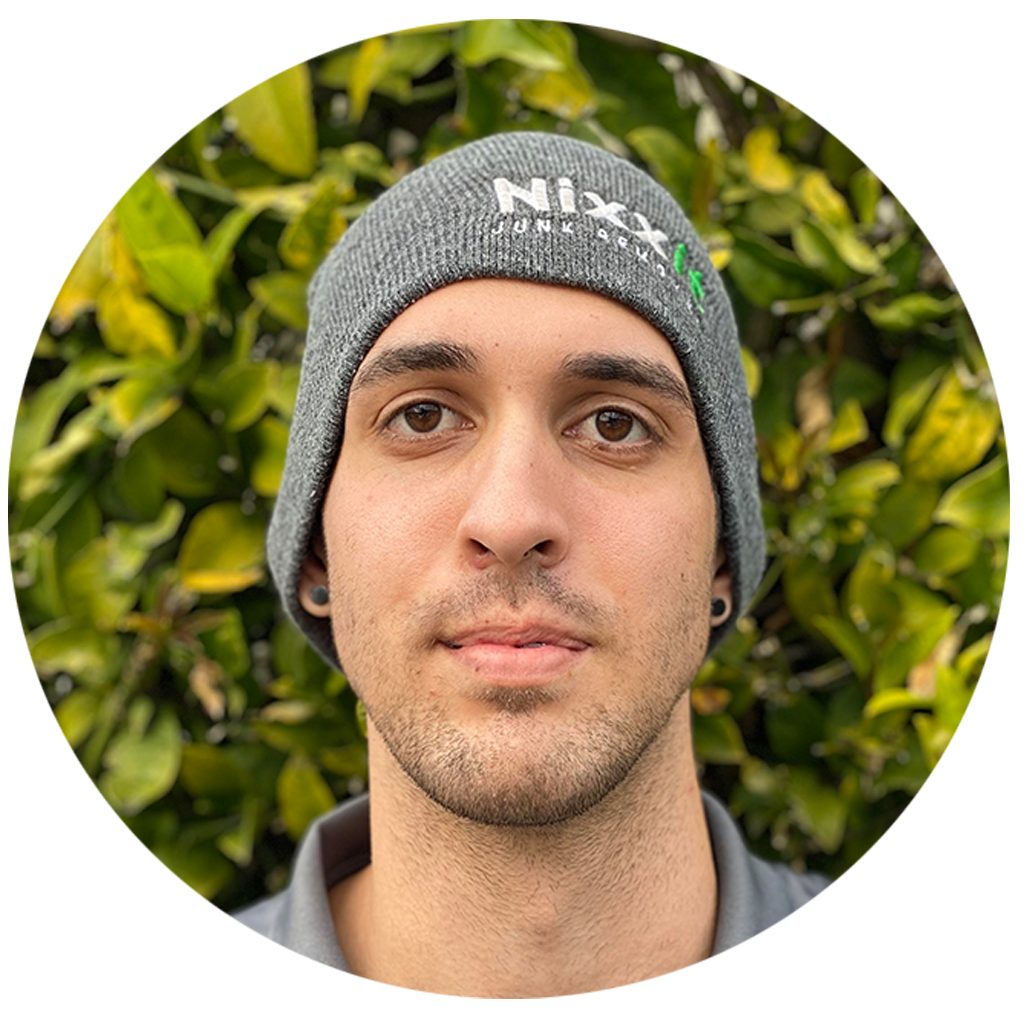 Growing up working on a farm, Trevor quickly learned there isn’t a job that cannot be done and you don’t stop till the job is done.

Trevor is a great asset to the Nixxit team and a true gentleman. The kind of guy to bring you a cup of coffee on a Monday morning, just because.

He is very knowledgeable when it comes to details involving, well just about anything. From welding and HVAC to refinishing old pieces of furniture, Trevor’s rounded experience working with his hands compliments his experience working in the field nicely.

When he’s not at work, you can catch Trevor working out, fishing, or hunting.

Dylan grew up locally here in Castro Valley and Hayward. Before joining Nixxit, Dylan worked at O’Reillys where he helped customers with all of their auto needs – whether that was looking under the hood of a car, or spending time on the phone to track down a hard-to-find part.

Dylan’s background is rooted in the service industry, where he’s always worked hard to understand and care for all of his customer’s needs, which translates well to the junk removal industry.

He believes that everything he does, he does to the best of his ability and that there is nothing better for a man than to eat and drink and find enjoyment in his hard work – two mottos he lives by.

Outside of work, Dylan spends his free time working on a project car – a 1969 Dodge Dart GT with a Slant 6 Engine.

One thing he says that most people don’t know about him is that he is semi-fluent in Japanese.

In his spare time, Dylan also enjoys hiking, camping, playing the guitar, and live theatre. He is also a cat dad to his furball, Billee, who’s become notorious around the neighborhood for wandering into other people’s homes and eating their food. 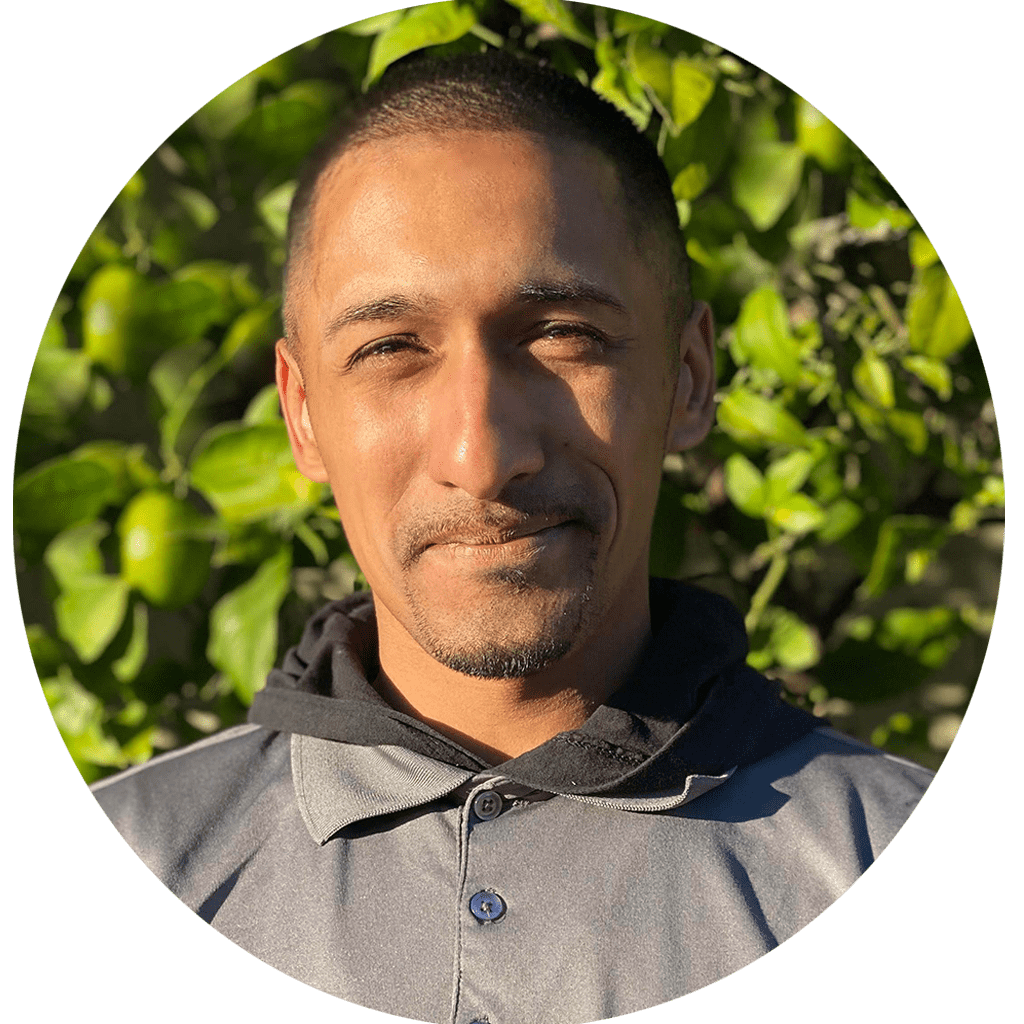 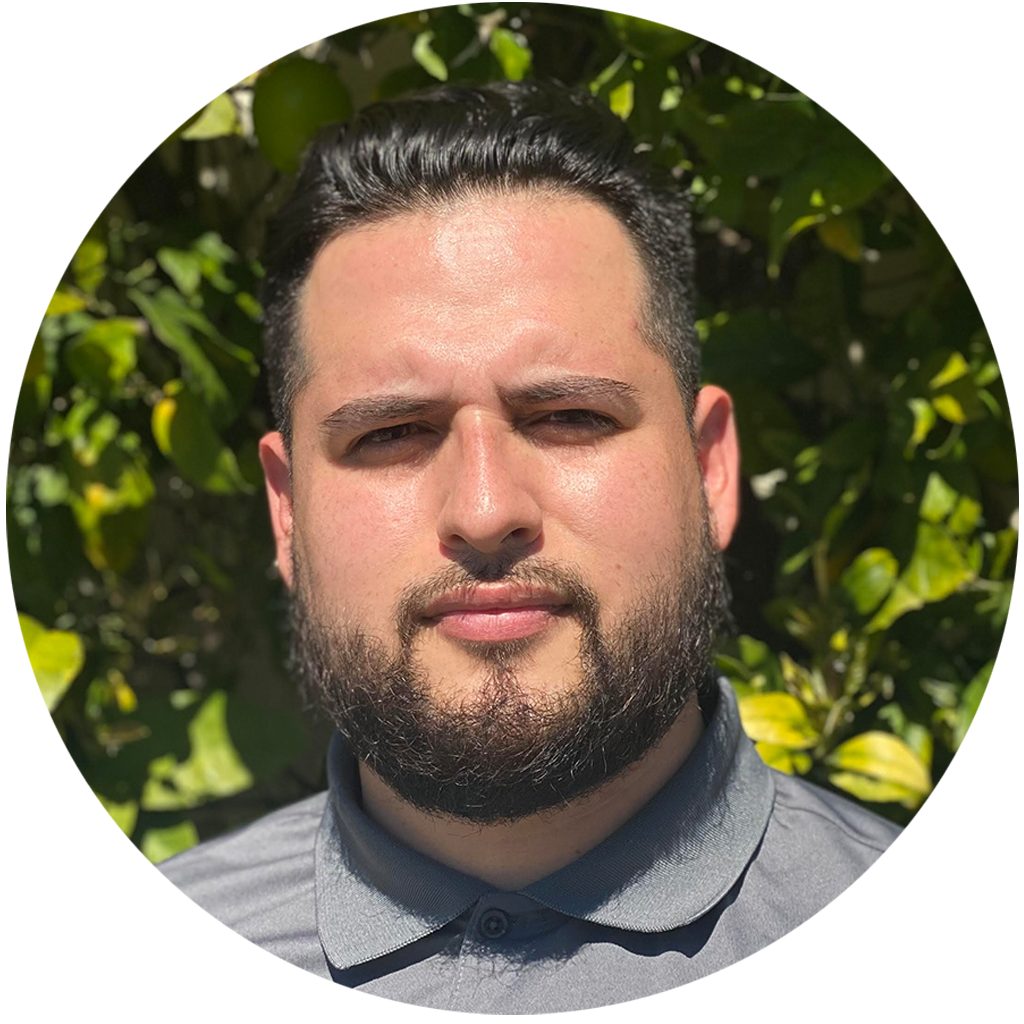 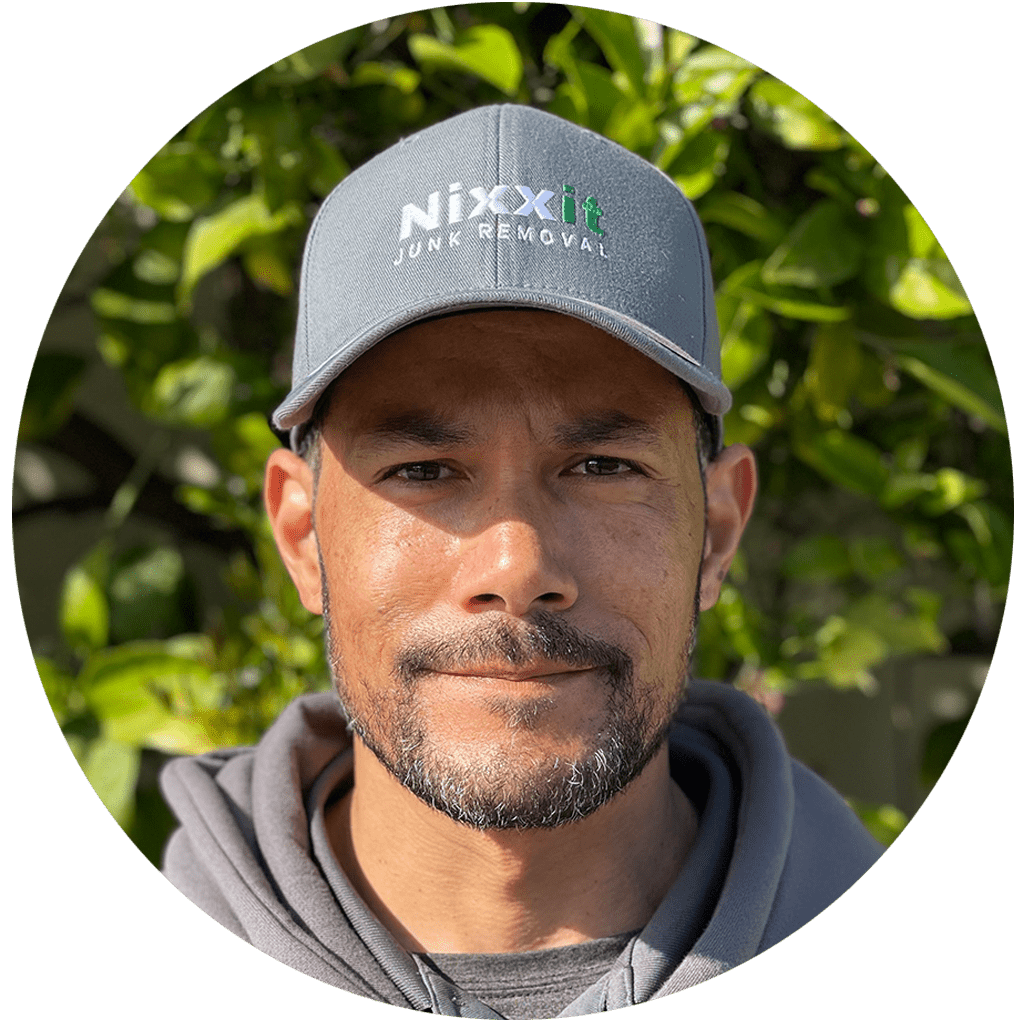 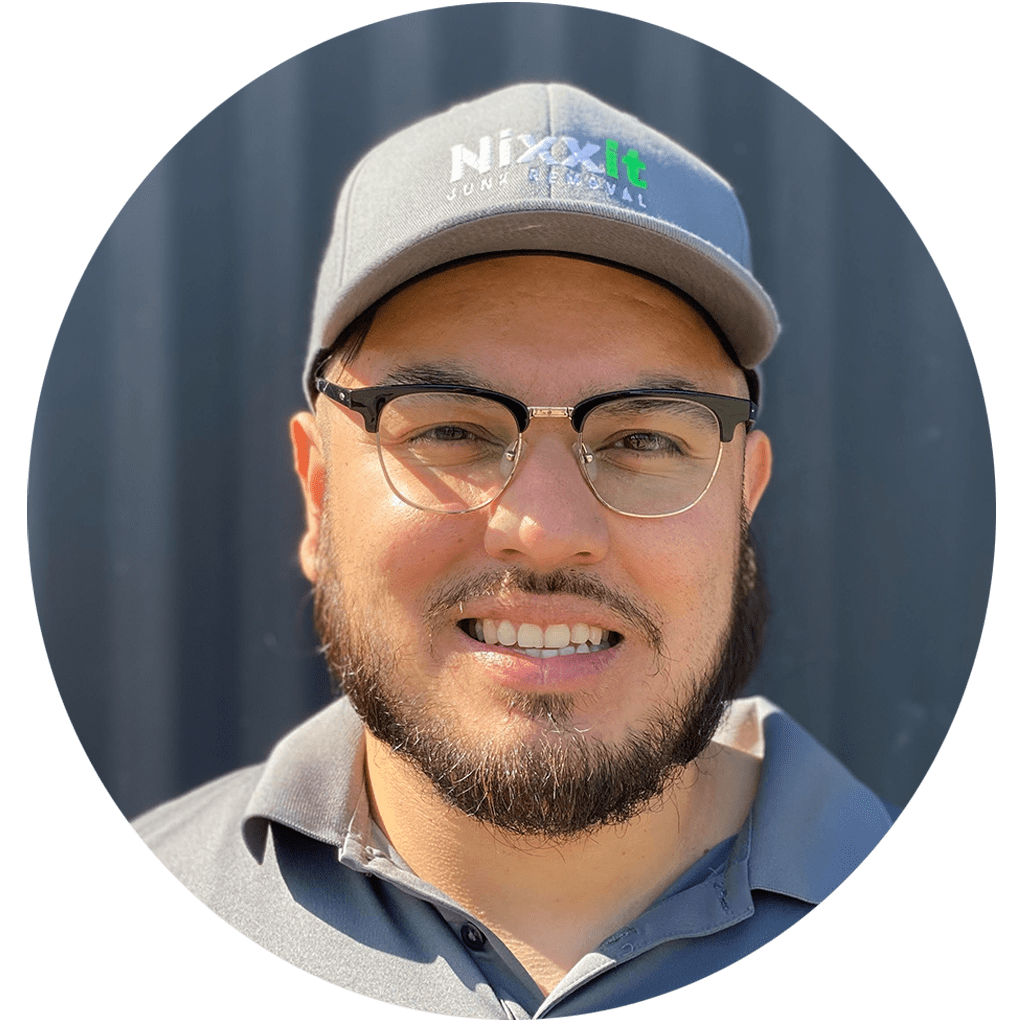 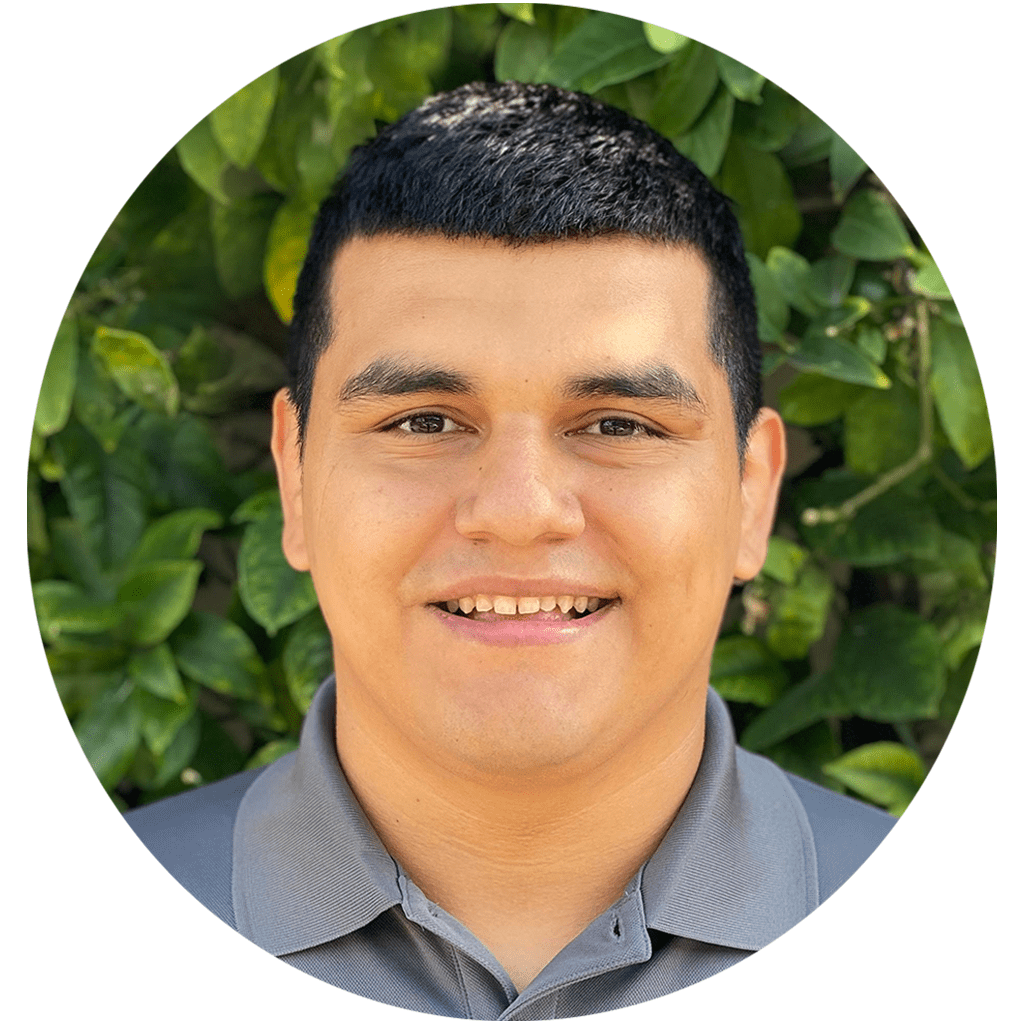 Drew is a Pittsburg, CA native. While he is originally from the Bay Area, Drew has been living in Hawaii for the last 2.5 years and just recently moved back to California right before joining the team.

Drew is no stranger to hard work. While living in Hawaii (when he wasn’t out enjoying the beaches), Drew spent most of his free time juggling multiple jobs including being a youth wrestling coach for UFC Gym Mililani and Honolulu, working as a Restaurant Shift Manager, and working as a sporting event camera operator at the University of Hawaii.

Being a wrestler for most of his life, he’s always enjoyed how the sport pushed him both mentally and physically. Drew says that wrestling’s taught him a lot about himself and how to deal with life. “Always find a way” is what his coach used to tell him. Which is a great cross-over to working here in the junk removal industry, where most of the job comes down to logistics and problem-solving.

Over his years of coaching at a youth level, he’s been able to pass along this knowledge and life advice to other young athletes whose shoes he has been in before – something he is passionate about. 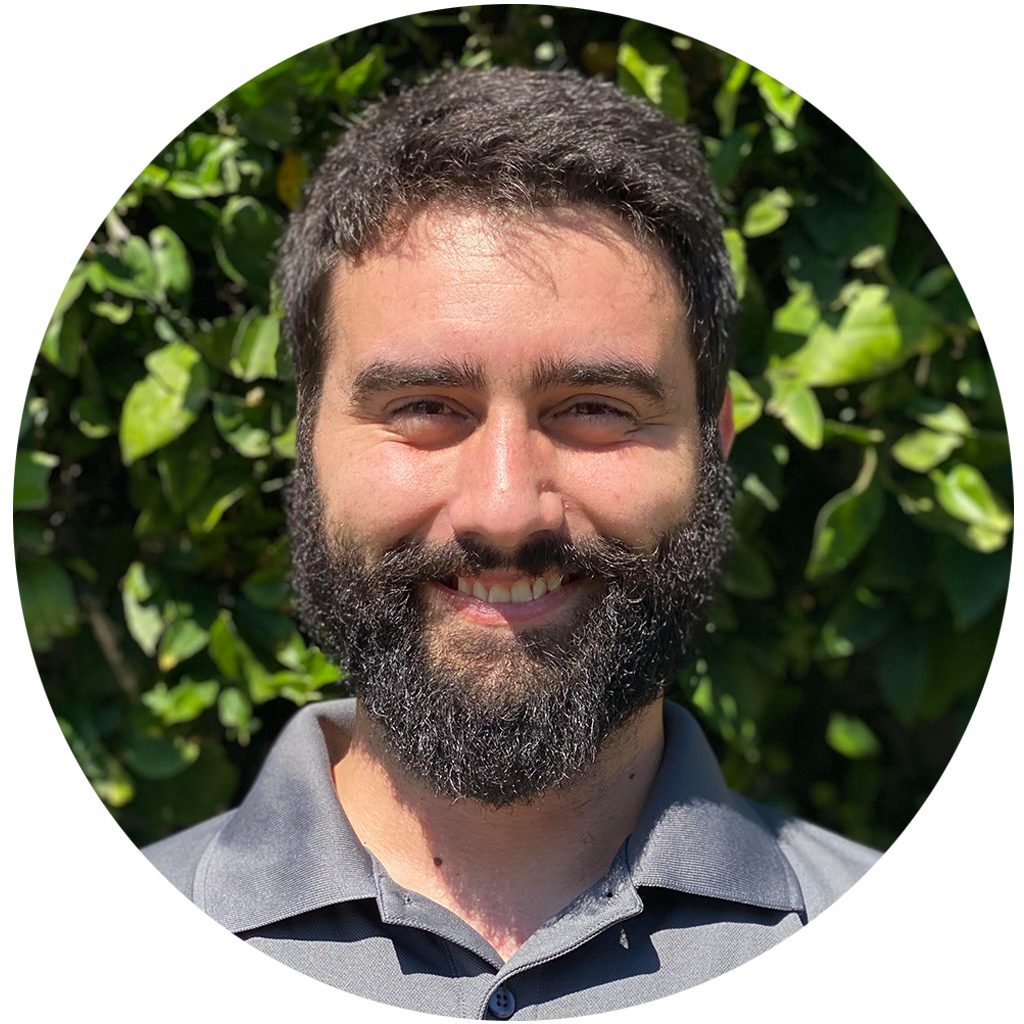 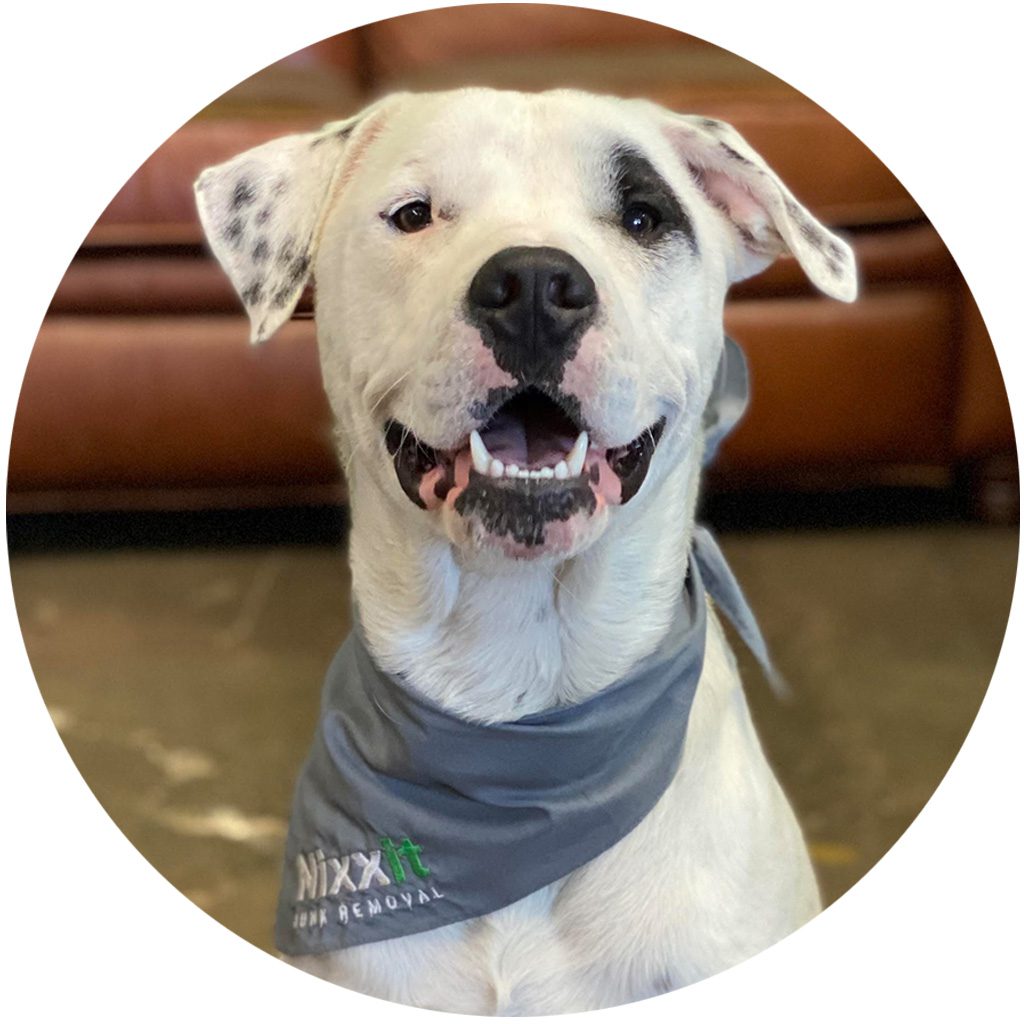 Zero is the newest member of the Nixxit team.

He is a 2-year old recruit/rescue from the Oakland Animal Shelter.

Prior to Nixxit, Zero was living on the streets of Oakland, CA. While he may have had a rough start to life, he is as happy-go lucky as they come and a proven gentle leader.

His newfound duties include garbage investigating, ensuring treat time is administered timely and fairly, and parlaying displays of affection into belly rubs.

If you call Nixxit, you can almost certainly guarantee he is sitting at the feet of your Nixxit representative or sleeping somewhere under the desk.

When not supervising the office, Zero enjoys playing with other dogs and scouting for sticks of all sizes. 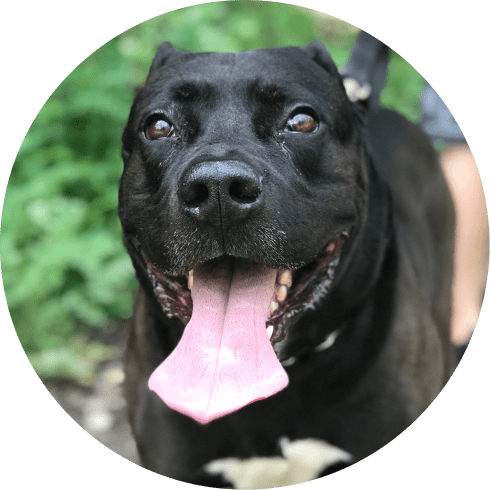 To our clients that knew and loved Ryder – Ryder has since crossed over the Rainbow Bridge, but we want to honor his memory as one of the founding members of Nixxit.

Here is his original bio:

Ryder was a founding member of Nixxit and took his role within the company very seriously, although he often times got caught sleeping on the job. Whether he was greeting team members for morning meetings or ensuring all treats served were of the highest quality, Ryder was the epitome of a team player.

At 109 pounds, he packed quite the punch and kept the office safe should anyone have tried some funny business.

When not supervising the office, Ryder enjoyed looking for squirrels on his walks and getting belly rubs from anyone he crossed paths with.